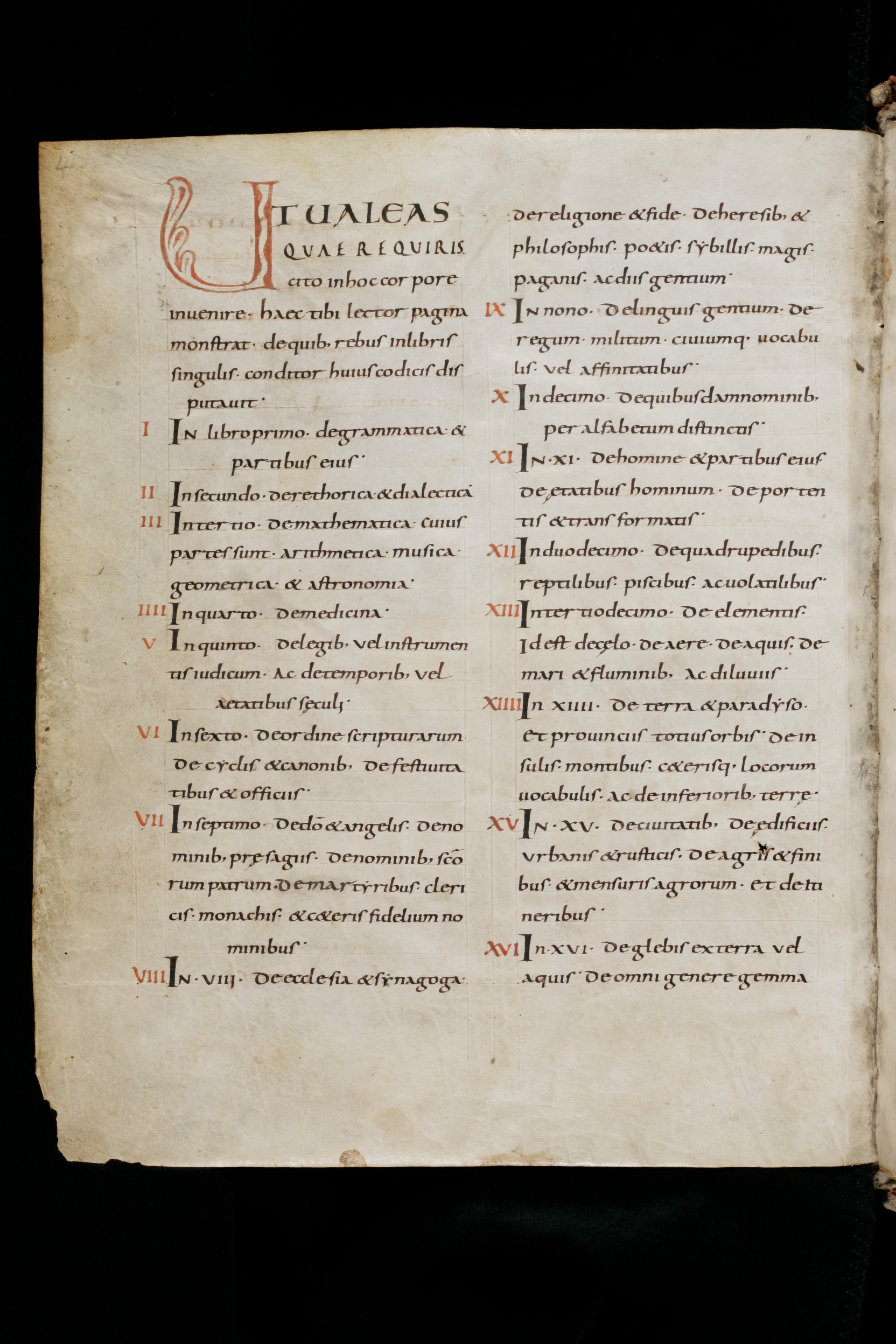 You are holding a 1200-years-old codex that once belonged to a medieval scholar who called himself homo modernus. Are you ready to open this manuscript and discover what his world was like?

Leaf through the manuscript

Who is homo modernus?

The homo modernus (modern man) was born some time in the 780s in Neustria at an unimportant place to parents of no consequence. While of lower birth, due to his natural wits, he was allowed to attend schola magistri Albini (the school of master Alcuin) in his pueritia (childhood) and study the Seven Liberal Arts under the direction of this great mind, a true luminary of his generation. Our modern man has studied Donatus and Priscian, mastering Latin. Yet despite reading his share of Virgil, Juvencus, and Arator, his hexameters remained always crude. His calligraphy, though, was of an excellent level as was his pictorial skill. It was around this time that he began to collect lose sheets to jot down interesting matters.

He spent his iuventus (youth) in Auxerre and Reims studying dialectics, and even a dash of the quadrivium under local masters, having particular interest in computus and astronomy (oh, how he loved Martianus Capella!). Alas, the Divine Providence willed it that his further studies are cut short by his parents wishes that he enters the holy orders. That was too much for our modern man, who fled like prophet Elijah from Jezebel, knowing that God destined him for greater things.

So began his life as a gyrovagus, our man traveling from place to place, working as an itinerant scribe here, as an illuminator-for-hire there, or as a translator (for he picked up a fair amount of languages during his travels – Bavarian, Alemannic, Saxon, even a bit of the languages of the Slavs). It was around this time that he discovered the great erudition of the most holy bishop Isidore, who collected all the knowledge into one book, the Etymologiae. Oh, how wondrous a work! Our man decided that he will follow in the footsteps of the lumen Hispaniae (the light of Iberia) and collect all of the wisdom he could supplement the Etymologiae with into his lose sheets, which he was still carrying around everywhere he went.

In the years that came, during the reign of the gloriosissimus imperator Karolus (the most glorious emperor Charles) and his son, the piisimus imperator Hludowicus (the most pious emperor Louis), our man has assembled many utilia (useful things), binding them together into several notebooks that he left behind in scriptoria he was passing. He was a keen observer of mores, always eager to debate his opponents, pious in front of God, but never too much, ready to laugh, ready to weep, his hands darkened by ink, his heart blazing with the fire of curiosity.

Pray for his soul, you who read this notebook!